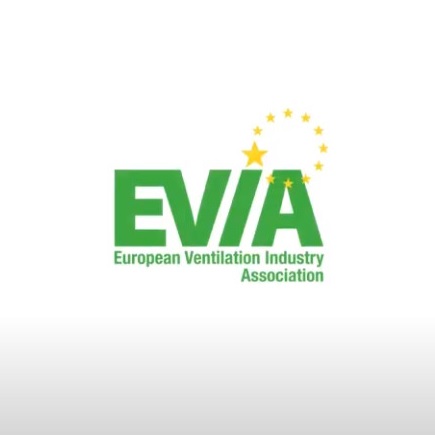 With a comprehensive understanding of how healthier surroundings can improve our indoor life, work, study and living environments, EVIA members focus on ensuring that high quality indoor air remains a key European policy priority. Europeans spend 90% of their time indoors, inside buildings where pollutant levels are often much higher than those found outside.

In fact, the indoor air in our homes, schools, offices and factories can be twice, or even five times more polluted than outdoor air. In some more extreme cases, indoor air has been found to be a hundred times more polluted than its outdoor equivalent. Exposure to indoor pollutants, mainly as a result of everyday products and activities, is the key contributor to asthma and the spread of most infections and allergies.

What does EVIA mean by Indoor Air Quality (IAQ) and what types of dwellings does it focus on?

Indoor air quality (IAQ) is a term which refers to the air quality within and around buildings and structures, especially as it relates to the health and comfort of building occupants. EVIA’s IAQ campaign not only focusses on improving IAQ in residential buildings, such as houses and apartments, but also in non-residential structures such as schools, shops, hospitals and factories, but also for example trains.

The level of IAQ within a building can be affected by a large number of factors such as: humidity, odors, chemicals, and outdoor air particles that are trapped within buildings. More specifically, factors such as mould, lead based paints, second hand smoke and high levels of CO2 can create unhealthy and even dangerous living conditions.
In recent decades, IAQ has also been significantly affected by the dramatic increase in the air tightness of modern buildings. While making buildings more air tight will indeed make them more energy efficient, it will also make it much more difficult for poor quality air to escape.

Why should we care about IAQ?

Indoor Air quality is equally if not more important than outdoor Air Quality when it comes to people’s health. Many studies have shown that IAQ is frequently worse than outdoor air quality in even some of the most polluted areas such as city centers. In fact, the indoor air in our homes, schools, offices, and factories can be twice, or even five times more polluted than outdoor air. It is not only about the quality of the air that matters, it is also the quantity of time we spend in it. According to a 2008 publication, one fourth of the population spends more than 20 hours per day, or more than 80 percent of their time indoors. Moreover, the most vulnerable sections of our population, the elderly and children under five, tend to spend more time indoors than their more resistant counterparts.

What impact can poor IAQ have on someone’s health?

A badly ventilated building is an ill building and will inevitably lead to ill occupants. Poor IAQ can pose serious health risks: in the short term, it can lead to coughing, sneezing, fatigue and headaches.  In the long run, poor IAQ is connected with a range of undesirable health effects, such as allergic and asthma symptoms, lung cancer, chronic obstructive pulmonary disease, airborne respiratory infections and cardiovascular disease. For example, people who spend a lot of time in poorly ventilated rooms have a 50% higher risk of developing allergies.

What impact can poor IAQ have on the Economy?

Bad IAQ is not only a health problem, but if it is systematically present in a society, it can also weigh heavily on the economy.  The Promoting Action for Healthy Indoor Air Project (IAIAQ)calculated that in the European Union every year two million healthy years are lost due to poor indoor air quality. This not only means a loss in productivity, it is also places a heavy burden on our healthcare systems. Poor IAQ can also affect students preparing to enter the workforce, thereby inhibiting them from reaching their full scholarly and vocational potential. Studies by the United States Environmental Agency (EPA) have shown that children in classrooms with higher outdoor air ventilation rates tend to achieve higher scores on standardized tests in math and reading than children in poorly ventilated classrooms.

What Impact can poor IAQ have on the Environment?

IAQ not only affects people’s health and the economy, it also has significant environmental implications. Buildings account for approximately 40% of the EU’s overall energy consumption and for 36% of the EU’s overall emissions of greenhouse gas. Being able to effectively recycle indoor air without threatening the quality will help the EU achieve its environmental objectives.

What can better ventilation do to improve Indoor Air Quality?

Good ventilation has a significant positive affect on IAQ.  It can remove pollutants such as toxins and CO2 from the air and is critical in for example combating condensation mould that can be formed due to a lack of air circulation.

What is the current status of IAQ regulation in EU Member States?

Currently, the battle for stricter IAQ regulations is in its infancy. Today, IAQ standards are mostly determined at the member state level where some rules exist. EVIA however believes that standards for IAQ need to be set at the EU level in order to set the highest, effective, workable standards, because of its implications on the environment, the economy and the workforce, which are some of the EU’s core competencies.

Is EVIA mainly concerned with regulating the construction of new dwellings?

EVIA advocates stronger IAQ requirements for newly constructed buildings as well as existing buildings. As approximately 70 percent of all buildings that will be occupied in 2050 have already been built, focusing on new dwellings would only slightly improve the economic, health, and environmental factors linked to IAQ. We need to therefore also focus on existing buildings that are being renovated.

What does EVIA do to improve Indoor Air Quality?

EVIA is taking a two pronged approach to addressing the IAQ problem on the EU level.
First, it tries to convince European policy makers to take measures for new buildings and renovation projects that will improve IAQ such as requiring IAQ labels for buildings, regular inspections, and minimum IAQ standards. It does so by presenting the need for IAQ in general, but also by promoting specific amendments in legislation such as the Energy Performance of Buildings Directive (EPBD).
In addition, EVIA is working together with industry partners and professional associations, as and when needed to echo its messages. For example EVIA worked together with AREA, EHPA, EPEE, eu.bac, EUHA, Eurovent, GCP Europe and REHVA in 2016 and recently in September 2017 to echo the call of the health community and jointly urged Members of the European Parliament to pay due consideration to Indoor Environment Quality (IEQ) for the sake of citizens’ health, comfort and productivity
Second, EVIA tries to inform the wide range of IAQ stakeholders and the general population about the importance of IAQ by presenting its case at conferences and events, as well as in traditional and social media. One of EVIA’s flagship events is the annual EUREKA conference that was held in The Hague in 2016, in collaboration with the European partnership for Energy and Environment (EPEE). This conference brought together representatives from the heating and ventilation industries, users, and the academic community to discuss sustainable heating, cooling, and ventilation in Europe. Among other things, they discussed the future of ventilation in Europe, but also how buildings should insure high IAQ levels. EVIA not only promotes ventilation on the EU level and in September 2017, the associations for the first time organized the EUREKA 2017 Roadshow Italy to among other things discuss IAQ on the national level.
Besides hosting its own events, EVIA takes part in regional and EU level conferences organized by other associations. In fall 2016 EVIA hosted a panel discussion at ISH (Frankfurt) and in September 2017, it participated in the Indoor Air Quality and Water Safety Conference 2017 in Birmingham (United Kingdom). In the future EVIA will continue to seek opportunities to present and debate its position on IAQ across Europe.
EVIA also actively engages with the traditional and social media to reach out to its target audiences. In July 2017, EVIA for example placed an opinion piece on the need to do more for IAQ in the EPBD in the Parliament magazine and actively seeks other media opportunities to highlight EVIA and its members on the EU and member state level.

The European Ventilation Industry Association (EVIA) was established in Brussels in July 2010. EVIA’s mission is to represent the views and interests of the ventilation industry and serve as a platform between all the relevant European stakeholders involved in the ventilation sector, such as decision-makers at the EU level as well as our partners in EU Member States. Our membership is composed of more than 45 member companies and 6 national associations across Europe, realising an annual turnover of over 7 billion euros and employing more than 45,000 people in Europe.
EVIA aims to promote highly energy efficient ventilation applications across Europe, with high consideration for health and comfort aspects. Fresh and good indoor air quality is a critical element of comfort and contributes to keeping people healthy in buildings.
source: www.evia.eu
#ventilation

Monument unveiled and street renamed in honour of Helmut Wagner