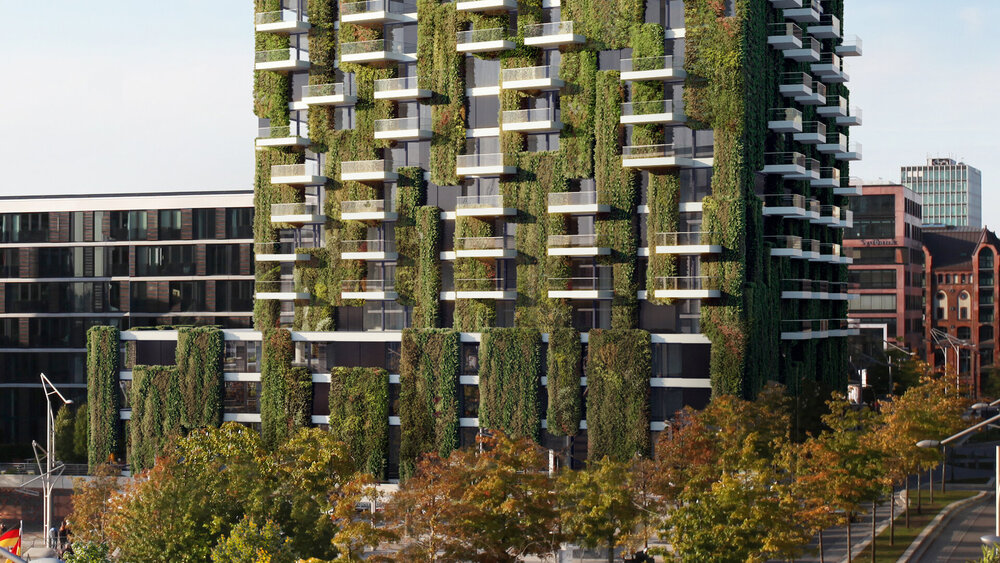 photo Schüco | The Schüco AF UDC 80 Green Façade is a sustainable project solution for cities. The Schüco Campus in Bielefeld will soon feature a green façade too.

More than half of the world's population lives in cities and this trend is on the rise. Densely built-up areas in cities with a lot of paved surfaces mean that green spaces and plants are often lacking.

To counteract this, Schüco has developed the aluminium SchücoAF UDC 80 Green Façade. The plants for the façade construction are provided by Vertiko GmbH, the experts in façade greenery. The project solution for the Schüco UDC 80 unitized façade offers a high degree of design freedom with a range of plant types and system structures, enabling a greening system with a particularly large leaf mass on the building. The green façade is made from Class A non-combustible building materials and features a high level of prefabrication for quick and easy installation. 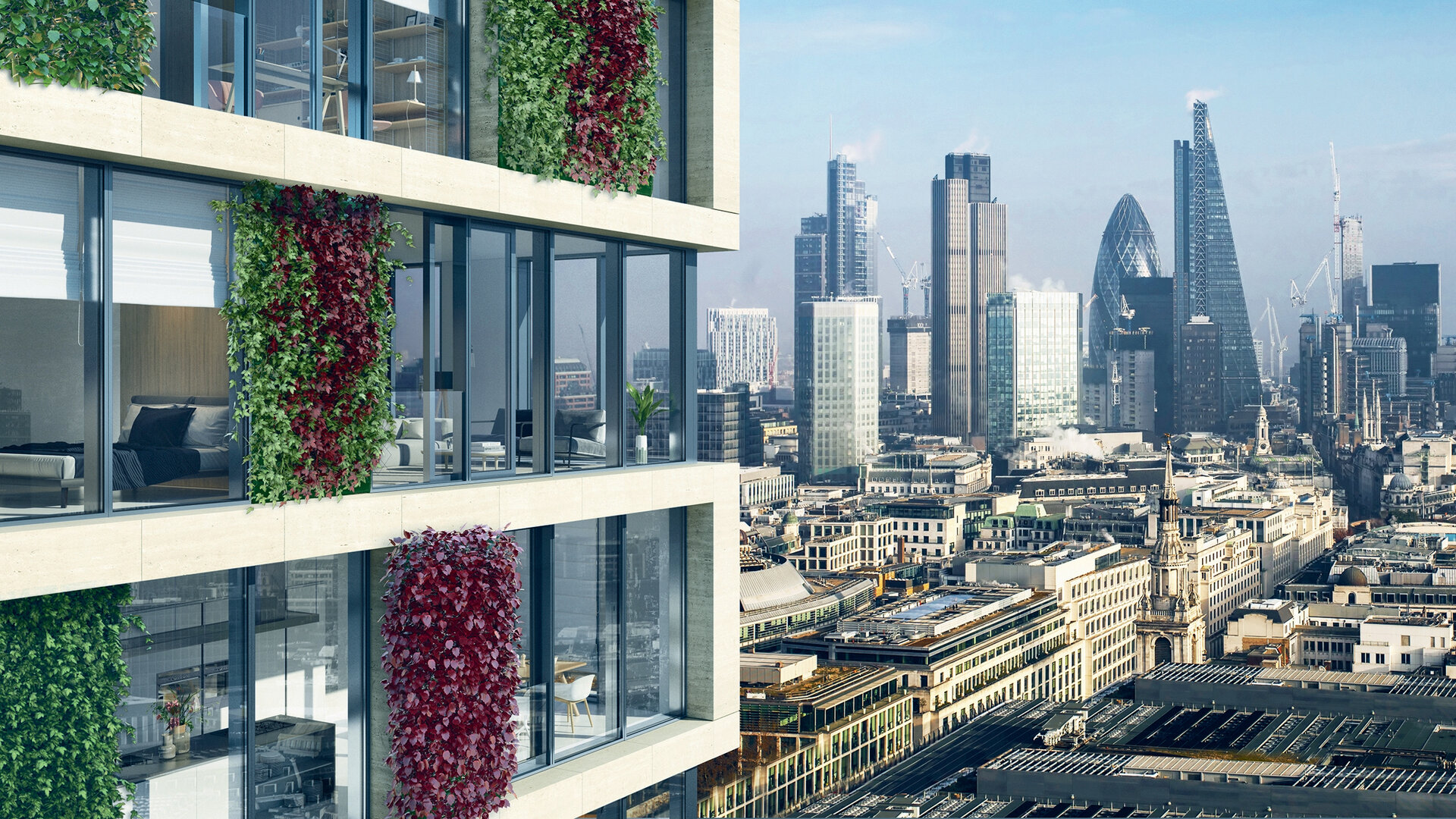 Instead of the greenery being planted in the ground, the Schüco AF UDC 80 Green Façade offers a solution where the plants grow on the façade itself.
Due to densely built-up areas and heat-absorbing concrete and asphalt surfaces, many big cities suffer from the heat island effect, whereby air can barely circulate and temperatures increase. Car exhaust emissions and waste heat from air conditioning units also contribute towards the build-up of heat and air pollution. That is why people across the globe are turning to green buildings with plants on façades, terraces, balconies and roofs. Schüco is responding to this trend with the new AF UDC 80 Green Façade. Green façades in particular offer many benefits: they improve the climate in cities by absorbing carbon dioxide and clean the air of particulate matter and harmful substances. At the same time, they produce oxygen, make up for the lack of green spaces and improve the cityscape, bringing it to life and making it more attractive.

Instead of the greenery being planted in the ground, the Schüco AF UDC 80 Green Façade offers a solution where the plants grow on the façade itself. Façade-mounted plants need no connection to the ground and are therefore highly suitable for inner city areas in particular. Green façades also offer a high degree of design flexibility, and individual patterns can be created by only covering certain sections of the façade with plants. The units with greenery can be installed anywhere on the building. The plants are watered via an integrated system that is not visible from the outside. 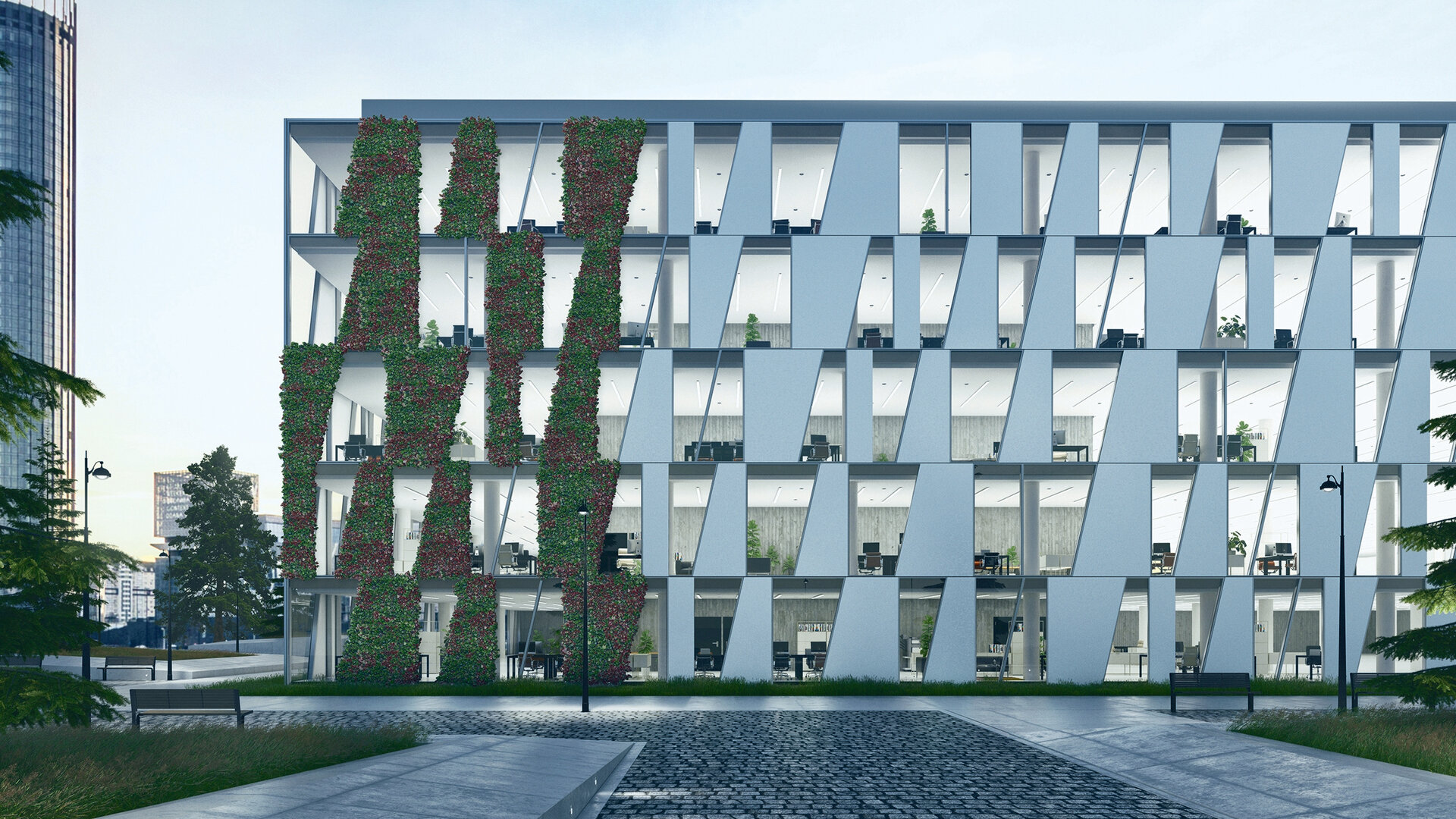 By allowing certain sections of the façade to be planted with greenery, the Schüco AF UDC 80 provides a high level of design freedom, enabling individual patterns to be created.
The Schüco AF UDC 80 Green Façade enables large leaf masses to be achieved on the building, which further adds to the positive effects of the living wall. The greenery therefore protects the building envelope from the weather and increases energy efficiency while the building is in operation. This works because plants provide effective insulation and natural shading, which reduces temperature fluctuations and hence lowers heating and air conditioning costs. The green façade also contributes towards sound reduction as the plants absorb sound waves and therefore have a positive effect on background noise in major cities.

Once the greenery is planted in the fleece-based modules, a substructure allows easy attachment to the UDC 80 façade unit, with the modules being hung onto the façade on site. The façade therefore features full greenery as soon as it is installed, as the plants don't take a long time to grow or require a great deal of care. For this, Schüco and Vertiko use Class A non-combustible building materials for the substrate and the plant pockets to ensure the highest safety requirements are met.
#aluminiumfacades, #aluminiumsystems, #greenfacades