Hydro investing in the green transition and Norwegian aluminium plants 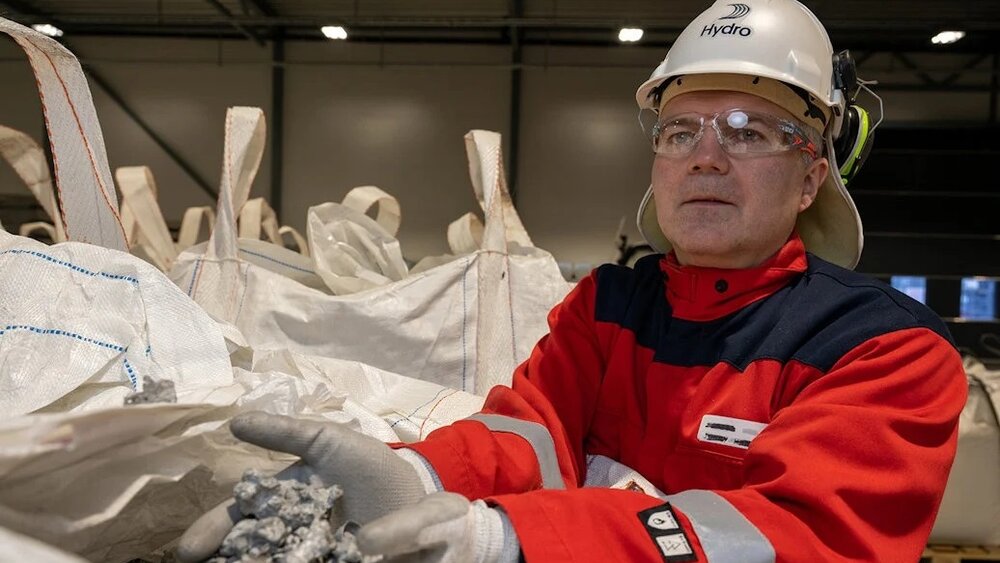 photo Halvor Molland/Hydro | Before the turn of the year, plant manager Jonny Manseth, looks back at a 2022 for Hydro Høyanger initiating projects aimed at bringing down the carbon footprint for aluminium.

There is an increased demand for aluminium products with a low-climate footprint and Hydro is investing in new technology to produce low-carbon aluminium. During the last two years, Hydro has initiated projects worth NOK 3 billion at the Karmøy, Husnes, Høyanger, Årdal and Sunndal aluminium plants.

We are upgrading the plants, investing in the development of the plants, and implementing new technology such as recycling, carbon capture and green hydrogen with the goal of becoming the world's first supplier of zero-carbon aluminium. We recently entered into an agreement with Mercedes Benz for a technology collaboration, and to supply our aluminium products to support their investment in making lighter, more climate friendly electric cars – says Ola Sæter, Head of Primary Production at Hydro.

In 2021, Hydro launched new climate ambitions to become carbon neutral by 2050, with a partial goal of having several technologies ready on an industrial scale by 2030. The company has initiated several projects to develop new technology that will help reduce emissions from aluminium production. Over the last two years, Hydro has initiated projects worth around NOK 3 billion at the Norwegian aluminium plants. The investments will contribute to reducing greenhouse gas emissions, on the way to becoming carbon-neutral by 2050.

The development of carbon capture, adapted to aluminium production, will be able to reduce the direct emissions at the existing primary plants. At the same time, Hydro is developing a completely new production method that will remove the emissions from the electrolysis process. The new process is called HalZero and involves replacing the current Hall-Heroult process, which was patented in 1886, and which has been gradually improved and used for almost 140 years.

We believe that Norway, with its political system, large natural resources and highly competent workforce, gives us a good starting point for developing tomorrow's materials and industrial processes – says Sæter.

In addition to investment projects, Hydro is working on developing the skills of the work force. During the period of a weaker market for certain aluminium products, Hydro Husnes and Hydro Karmøy are doing a comprehensive skills upgrade. This involves a management development program, industrial vocational school, training in the prevention of CO2 emissions, training on various types of vehicles and training in new work tasks.

We have a lot of activity at all our Norwegian aluminium plants and there is an exciting development of new aluminium products. It increases our flexibility to deal with challenging markets and increased demands for quality and a low-carbon footprint from customers – says Sæter.

Although the current aluminium market is challenging and we are entering 2023 with high inventories, we are confident that the long term development of the aluminium market will be positive. The world needs more aluminium, especially low-carbon aluminium, which we can produce. Demand for low-carbon aluminium is increasing by 20 percent annually, compared to three percent annual growth for aluminium overall. Norway, therefore, has the best conditions for us to continue to be the most important aluminium supplier in Europe. The competition is fierce and we must continue to develop the Norwegian primary aluminium plants – says Sæter.

FAKRO becoming a member of the UN Global Compact

Construction proves to be robust in the medium term