High security for the building envelope 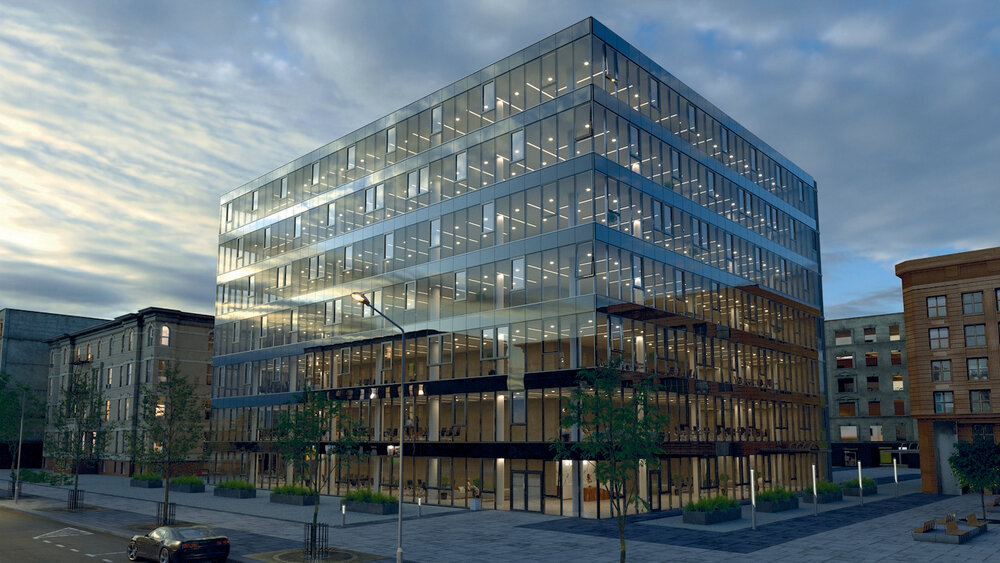 photo Schüco | Sälzer has based the new S1es-50/S1es-60 high-security façade on the tried-and-tested and sophisticated Schüco FWS 50/60 mullion/transom façade.

More than 50 years ago, Sälzer GmbH from Marburg decided to specialise in the development, production and installation of security technology. The Sälzer product range includes windows, doors and façades that provide protection against individual and multiple threats, such as break-ins and break-outs, bullets and explosions, as well as fire and smoke.

Sälzer GmbH has been part of the Schüco Group since 2018. Together, the two building envelope specialists offer individual high-security modules that can be integrated into buildings, boasting tried-and-tested Schüco features and a timeless design. One of the first joint projects is the development of the aluminium FWS 50/60 mullion/transom façade into a new security façade in the form of the S1es-50, S1es-60 (energy-saving, 50/60 mm face width) or Semi-SG version (semi-structural glazing) with horizontal and vertical emphasis. 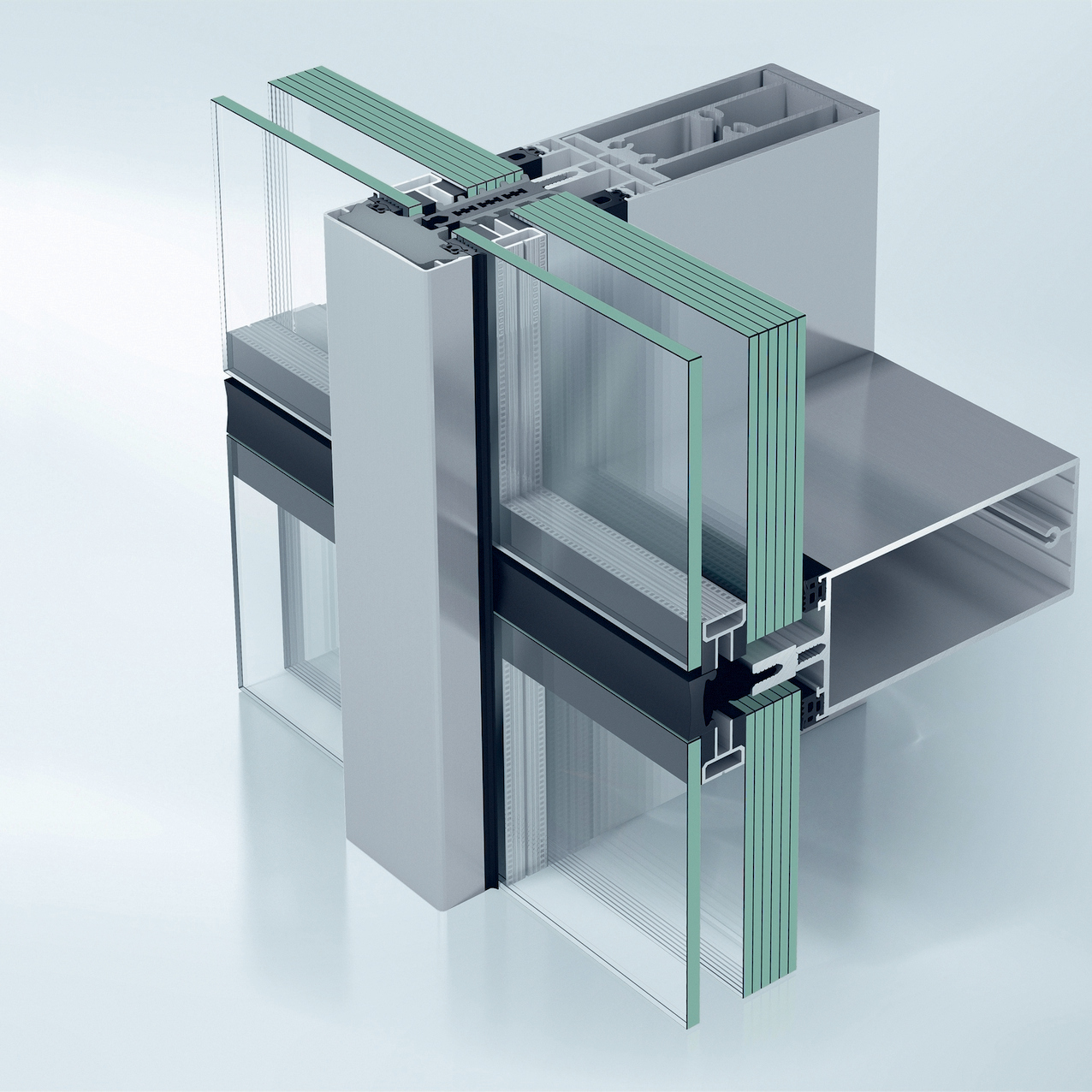 High security seamlessly integrated into the Schüco product range is the goal that Schüco and its partner company Sälzer have set themselves. With over 250 patents, over 950 test certificates and more than 10,000 completed projects, Sälzer has formidable expertise in the field of high security systems and demonstrates how comprehensive protection can be implemented easily and efficiently, without adversely affecting the appearance.
To ensure the highest security requirements are met – whether it's burglar, bullet or explosion resistance, or a combination of several features – all Sälzer designs are thoroughly tested and certified in advance by independent institutes, often far beyond the standard requirements. Thanks to the partnership with Sälzer, high security standards are already taken into consideration in the planning and development phase of Schüco systems. This enables continuous improvements to be made to Schüco systems to ensure that exacting security requirements are met.

High-security façade from a single source

Sälzer systems enable high security requirements to be fulfilled, even in modern building envelopes with large expanses of glass. Sälzer has based the new S1es-50/S1es-60 high-security façade on the Schüco FWS 50/60 (Façade Wall System, 50/60 mm face width) mullion/transom façade. Fully concealed from the outside, the tried-and-tested façade system offers comprehensive protection and a uniform design. What sets the high-security façade apart is the fact that security requirements can be combined together.
A highly burglar-resistant façade, for example, can be built to be bullet or blast-resistant in some areas, or it can provide equal protection against all three threats. This newly developed system offers burglar resistance up to resistance class RC 5 as well as bullet resistance up to FB7. The façade system can also withstand a blast test with 500 kg of explosives. As a result, the high-security façade offers a high degree of resistance to burglars armed with heavy equipment and assailants with long firearms, as well as terrorist attacks. 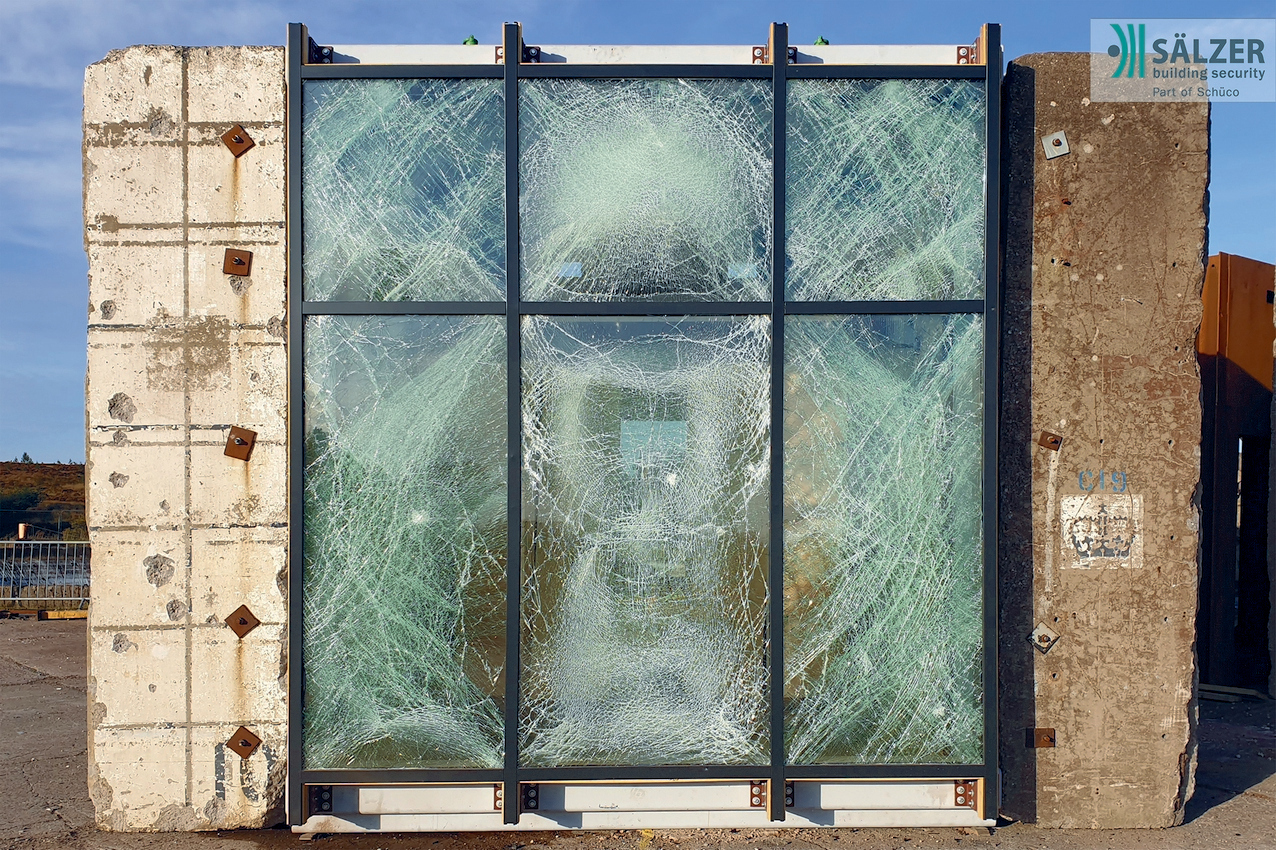 Aside from providing protection against criminals from the outside, the façade also provides protection from damage that can be caused by incidents or accidents in industrial buildings, such as deflagration or gas explosions. What's more, the high-security façadecan be seamlessly combined with a section of FWS 50/60 mullion/transom façade that does not provide any protection. The high-security system is complemented by a wide range of tested and certified security doors and windows. A variety of design options is available as a result, allowing the full range of security requirements to be met at the same time.
#aluminiumsystems, #BurglarResistantFacade, #BulletResistantFacade, #BlastResistantFacade
SPRAWDŹ OFERTĘ FIRMY

AluK: Answering the Most Testing Questions