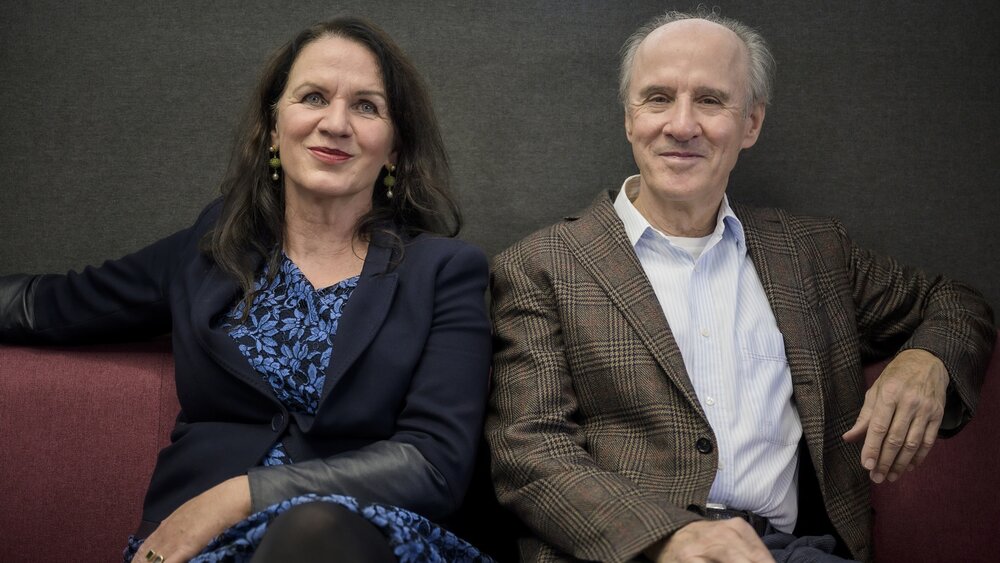 photo ROTO | Prof. Dr. Isolde Geissler-Frank and Alexander Frank are able to report that the activities of the new Wilhelm Frank Foundation got off to a good start.

Our first major project received a good response at international from the outset and was a total success overall – this is the positive conclusion that Prof. Dr. Isolde Geissler-Frank and Alexander Frank have drawn from a competition held by the Wilhelm Frank Foundation, which they set up at the start of 2021.

The initiative is in keeping with the spirit of the founder of the current Roto Group with its around 4800 employees all over the world. The descendants of the inventor of industrially produced Tilt&Turn hardware are committed to promoting intercultural communication, education and research.

The guiding principle of “Enable exchange. Realise ideas.” also shaped the Foundation's first project. The Foundation invited young Roto Frank employees and external parties around the world to explore the topic of “Open windows – What windows tell about my country”. The pandemic makes this a very topical issue right now, as it once again highlighted at international level the significance of windows as an important connection between inside and outside. As Isolde Geissler-Frank and Alexander Frank emphasise, the competition gave participants the opportunity to approach the issue from their own completely different perspectives. The scope ranged from regional and country-specific stories and cultures through to possible future functions of windows.

Participants could submit their entries in various media, such as text, photos and videos, explains the couple who set up the Foundation. A judging panel made of up the Foundation’s Board of Directors and Board of Trustees assessed the submissions according to the criteria of originality, creativity, innovation, effort, variety, uniqueness, harmony and the link to the project title. 20 submissions were received from numerous countries before the deadline. It was not just the quantity but especially the quality that was judged to be “entirely positive”. The event organiser praised the “consistently high standard” of the entries. This applies to their technical skills and virtuosity, the individuality of the accounts and the variety of aspects associated with the topic. This made the judging panel’s decision a difficult one.

Prizes awarded for the high standard of entries

This is especially apparent from the fact that two main prizes were awarded. Małgorzata Staszek from Poland and Dominik Streble from Germany each received prize money of 5000 euros. The Polish winner, who works in order processing at the Lubartów roof window factory, presented many real examples in her video and demonstrated what “windows say”. The German winner is a production planner at the Leinfelden-Echterdingen hardware factory and likewise addressed many aspects of windows. One of his assertions was that: “Windows give a house wall rhythm and liveliness.” Alongside the cash prize, the prize-winners were also invited to visit each others’ countries.

The Foundation also awarded 500 euros to five runners-up in recognition of the high standard of their entries. The Foundation reports that the recipients live and work in Brazil, Germany, Kazakhstan, Nepal and Hungary. This highlights the international nature of the competition, which got the activities of the Wilhelm Frank Foundation off to a good start.